The New Orleans Jazz & Heritage Foundation and the New Orleans Recreation Department Commission are partnering to offer a series of vocal workshops for kids ages 8-12 led by the acclaimed singer Tonya Boyd-Cannon. Auditions will be Thursday, March 2 – to register, see here. 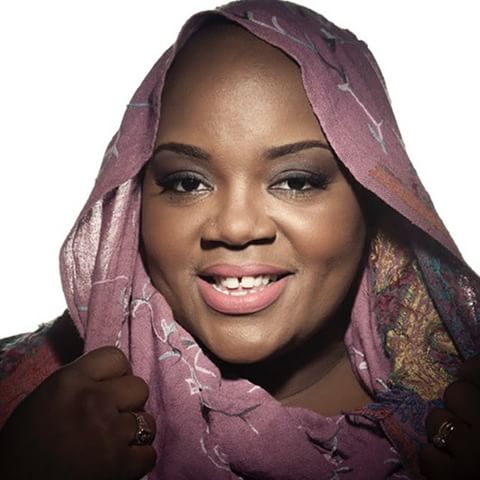 The acclaimed singer Tonya Boyd-Cannon will lead a series of vocal workshops for kids this spring as part of a new partnership between the New Orleans Jazz & Heritage Foundation and the New Orleans Recreation Development Commission (NORDC) to offer music education programs around the city.

The classes will take place at NORDC’s St. Bernard Recreation Center in March, April and May. They are open to kids between the ages of 8 and 12 years old.

The classes will be led by Tonya Boyd-Cannon, a popular New Orleans singer who is perhaps best known for having reached the Top 20 in Season 8 of the NBC TV show “The Voice.”

Participation is free, but students must pass an audition to be included. Auditions will be held on Thursday, March 2, at 4:30 p.m. They will take place at the NORDC St. Bernard Recreation Center, 1500 Lafreniere Street.

To sign up for the auditions, please use this online registration form.

The classes will utilize a curriculum that Boyd-Cannon has developed called ARTcademics. Students will receive instruction in:

By partnering with NORDC, which has recreation centers in many neighborhoods, the Jazz & Heritage Foundation seeks to expand its music education initiatives to more locations.

“We have great music education programs at the Jazz & Heritage Center,” said Donna Santiago, president of the Board of Directors of the New Orleans Jazz & Heritage Foundation, which is underwriting the cost of the classes. “But we also know that travel logistics can make it hard for kids to get to our place. So we wanted to explore doing music education in other parts of the city, to make it easier for kids to participate.”

For this first installment of what both organizations hope will be a long partnership, it was decided that the St. Bernard center would be a good, centrally located venue. Focusing on vocal music was also appealing because virtually anyone can participate and instruments are not required.

Tonya Boyd-Cannon, the daughter of a preacher, was born in Mississippi and moved to New Orleans around age 8. At Warren Easton High School, she played saxophone and sang in the choir and the female chorale. After graduation, she worked as a backing vocalist for Jean Knight, singing with her at Jazz Fest and elsewhere. Around 2002, she took a job at Orleans Parish Prison. She eventually became a deputy, and worked with the prison’s male inmate choir, Voices of Thunder. She later founded a jailhouse choir for women.

She recorded her debut album of gospel/inspirational music, “Rise My Child,” with trumpeter/producer Andrew Baham. Her other recordings include “Music Is Life.”

She, her husband, son and daughter currently live in Chalmette, because after Katrina’s levee breaches destroyed their Lower Ninth Ward home, they were victimized by a fraudulent contractor. She still volunteers with the inmate choir at Orleans Parish Prison. She teaches the Little Village Youth Ensemble at Dillard University. And she is the music director at St. James AME Church and Austerlitz Street Baptist Church.